Livestock provide multifaceted services to human societies worldwide. In developing countries, they are crucial assets and safety net for rural poor, and they provide nutrients-dense food to nourish people. In developed economies, growth in demand for animal-derived food is slowing while attention is growing over the role of livestock farming in an enhanced circular food system for sustainability. This analysis, focusing on the modern food systems in developed countries, aims to highlight the unique function of livestock that helps people re-harvest and upcycle crop and food residues generated along the food chain that are otherwise unfit for human consumption. First, human-unusable crop and food residue materials are described in three broad categories based on their characteristics and potential feeding attributes; the magnitude of biomass materials that are already used in routine animal feeding as well as residues that remain as underutilized resources are illustrated using the USA as an example. Then, the research and technology development critically needed for the future is discussed. As the world strives to produce more food with smaller environmental and climate footprints, upcycling the residual biomass via livestock for food production presents a viable pathway toward improved resource use, reduced pollution and enhanced food system efficiency.

Crop-livestock farms across Africa are highly variable due to in agroecological and socioeconomic factors, the latter shaping the demand and supply of livestock products. Crop-livestock farms in Africa in the 20-first century are very different from most mixed farms elsewhere in the world. African crop-livestock farms are smaller in size, have fewer livestock, lower productivity and less dependency on imported feed than farms in most countries of Europe, the Americas and the intensive agricultural systems of Asia. This paper discusses the role African crop-livestock farms have in the broader socio-agricultural economy, and how these are likely to change adapting to pressures brought on by the intensification of food systems. This intensification implies increasing land productivity (more food per hectare), often leading to more livestock heads per farm, producing fertilized feeds in croplands and importing feed supplements from the market. This discussion includes (1) the links between crop yields, soil fertility and crop-livestock integration, (2) the increasing demand for livestock products and the land resources required to meet to this demand, and (3) the opportunities to integrate broader societal goals into the development of crop-livestock farms. There is ample room for development of crop-livestock farms in Africa, and keeping integration as part of the development will help prevent many of the mistakes and environmental problems related to the intensification of livestock production observed elsewhere in the world. This development can integrate biodiversity, climate change adaptation and mitigation to the current goals of increasing productivity and food security. The inclusion of broader goals could help farmers access the level of finance required to implement changes.

EXPLORING THE RECYCLING OF MANURE FROM URBAN LIVESTOCK FARMS: A CASE STUDY IN ETHIOPIA

• Livestock manure was the main organic waste in urban and peri-urban areas.

• Only 13%–38% of excreted N by livestock will be recycled in croplands.

Urban population growth is driving the expansion of urban and peri-urban agriculture (UPA) in developing countries. UPA is providing nutritious food to residents but the manures produced by UPA livestock farms and other wastes are not properly recycled. This paper explores the effects of four scenarios: (1) a reference scenario (business as usual), (2) increased urbanization, (3) UPA intensification, and (4) improved technology, on food-protein self-sufficiency, manure nitrogen (N) recycling and balances for four different zones in a small city (Jimma) in Ethiopia during the period 2015-2050. An N mass flow model with data from farm surveys, field experiments and literature was used. A field experiment was conducted and N use efficiency and N fertilizer replacement values differed among the five types of composts derived from urban livestock manures and kitchen wastes. The N use efficiency and N fertilizer replacement values were used in the N mass flow model.

Livestock manures were the main organic wastes in urban areas, although only 20 to 40% of animal-sourced food consumed was produced in UPA, and only 14 to 19% of protein intake by residents was animal-based. Scenarios indicate that manure production in UPA will increase 3 to 10 times between 2015 and 2050, depending on urbanization and UPA intensification. Only 13 to 38% of manure N will be recycled in croplands. Farm-gate N balances of UPA livestock farms will increase to>1 t·ha−1 in 2050. Doubling livestock productivity and feed protein conversion to animal-sourced food will roughly halve manure N production.

Costs of waste recycling were high and indicate the need for government incentives. Results of these senarios are wake-up calls for all stakeholders and indicate alternative pathways. 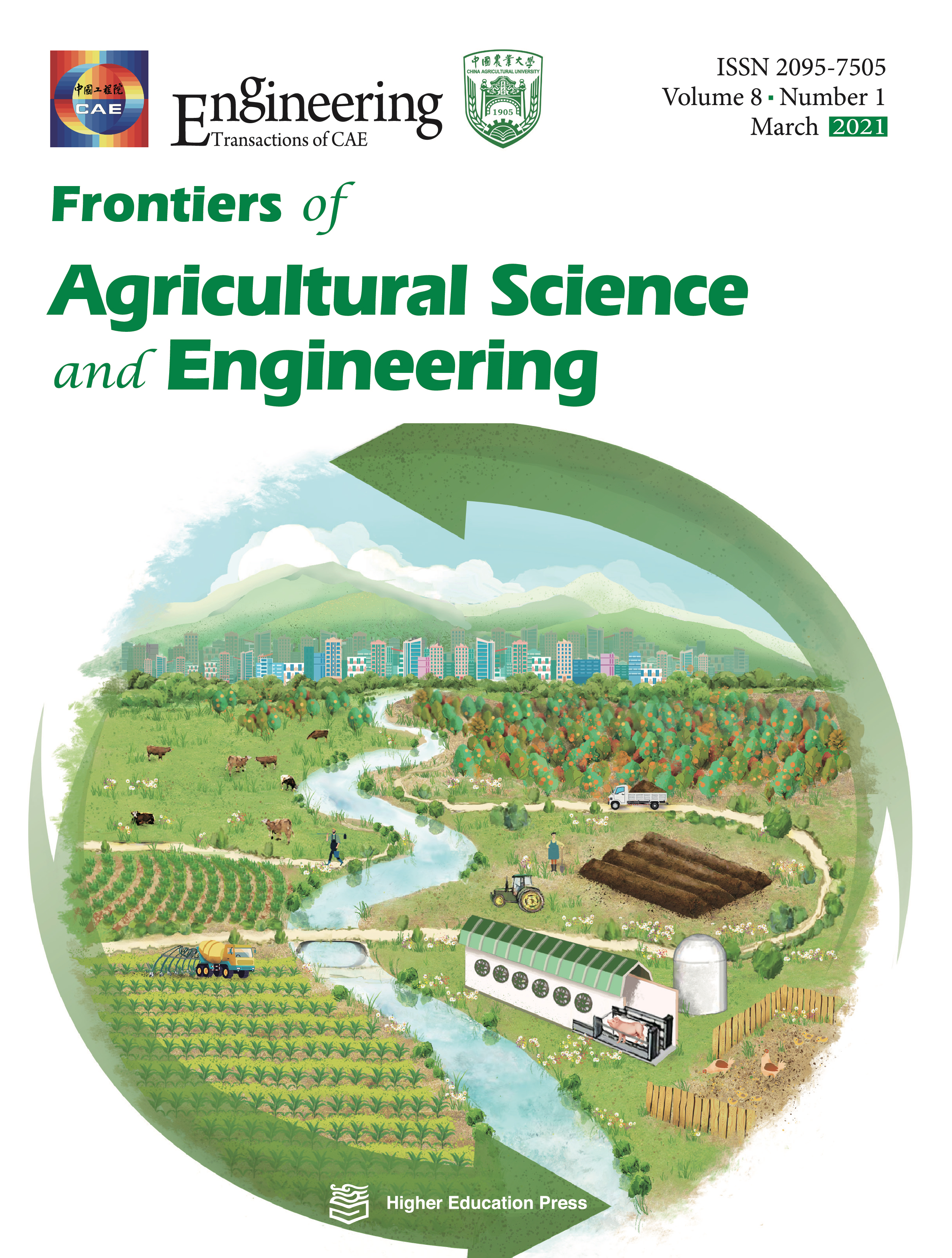 Coupling of the chemical niche and microbiome in the rhizosphere: implications from watermelon grafting

Highlights of the special issue on “Healthy Soil for Healthy Food”