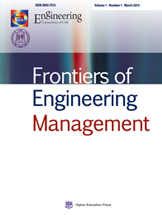 Grand infrastructure projects, such as dam, power plant, petroleum, and gas industry projects, have several contractors working on them in several independent sub-projects. The concern of reducing the duration of these projects is one of the important issues among various aspects; thus, our aim is to fulfill the requirements by using the game theory approach. In this study, a mixed-integer programming model consisting of game theory and project scheduling is developed to reduce the duration of projects with a minimum increase in costs. In this model, two contractors in successive periods are entered into a step-by-step competition by the employer during dynamic games, considering an exchange in their limited resources. The optimum solution of the game in each stage are selected as the strategy, and the resources during the game are considered to be renewable and limited. The strategy of each contractor can be described as follows: 1) share their resources with the other contractor and 2) not share the resources with the other contractor. This model can act dynamically in all circumstances during project implementation. If a player chooses a non-optimum strategy, then this strategy can immediately update itself at the succeeding time period. The proposed model is solved using the exact Benders decomposition method, which is coded in GAMS software. The results suggest the implementation of four step-by-step games between the contractors. Then, the results of our model are compared with those of the conventional models. The projects’ duration in our model is reduced by 22.2%. The nominal revenue of both contractors has also reached a significant value of 46078 units compared with the relative value of zero units in the original model. Moreover, we observed in both projects the decreases of 19.5%, 20.9%, and 19.7% in the total stagnation of resources of types 1, 2, and 3, respectively.