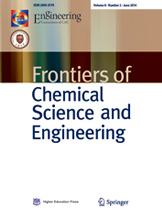 The gelating properties and thermotropic behaviors of stoichiometric mixtures of aromatic amides , and the aromatic Schiff base with tartaric acid (TA) were investigated. Among the three gelators, -TA exhibited superior gelating ability. Mixture -TA exhibits a smectic B phase and an unidentified smectic mesophase during both heating and cooling runs. The results of Fourier transform infrared spectroscopy and X-ray diffraction revealed the existence of hydrogen bonding and - interactions in -TA systems, which are likely to be the dominant driving forces for the supramolecular self-assembly. Additionally, it was established that all of the studied gel self-assemblies and mesophases possess a lamellar structure. The anion response ability of the tetrahydrofuran gel of -TA was evaluated and it was found that it was responsive to the stimuli of F , Cl , Br , I , AcO .