The Highest Dam in the World under Construction: The Shuangjiangkou Core-Wall Rockfill Dam

Dadu River is an important tributary of the Yangtze River in China. The Shuangjiangkou Hydropower Station is the control reservoir upstream of the main trunk of Dadu River. Located in the Aba Tibetan and Qiang Autonomous Prefecture of Sichuan Province, the project is mainly aimed at power generation and flood control. The hydropower station is a large first-class project, with an installed capacity of 2000 MW, annual average power generation of 7.7 × 109  kW•h, normal water level of 2500 m, total reservoir capacity of 2.9 × 109  m3, and regulated storage capacity of 1.9 × 109  m3 with annual regulation capacity. It is mainly composed of the dam, diversion and power generation system, and flood discharge structures (Fig. 1). The dam is a soil core-wall rockfill dam, with a height of 312 m. It is the highest dam among existing and under-construction hydropower projects in the world, with a dam-filling volume of 4.4 × 107  m3. 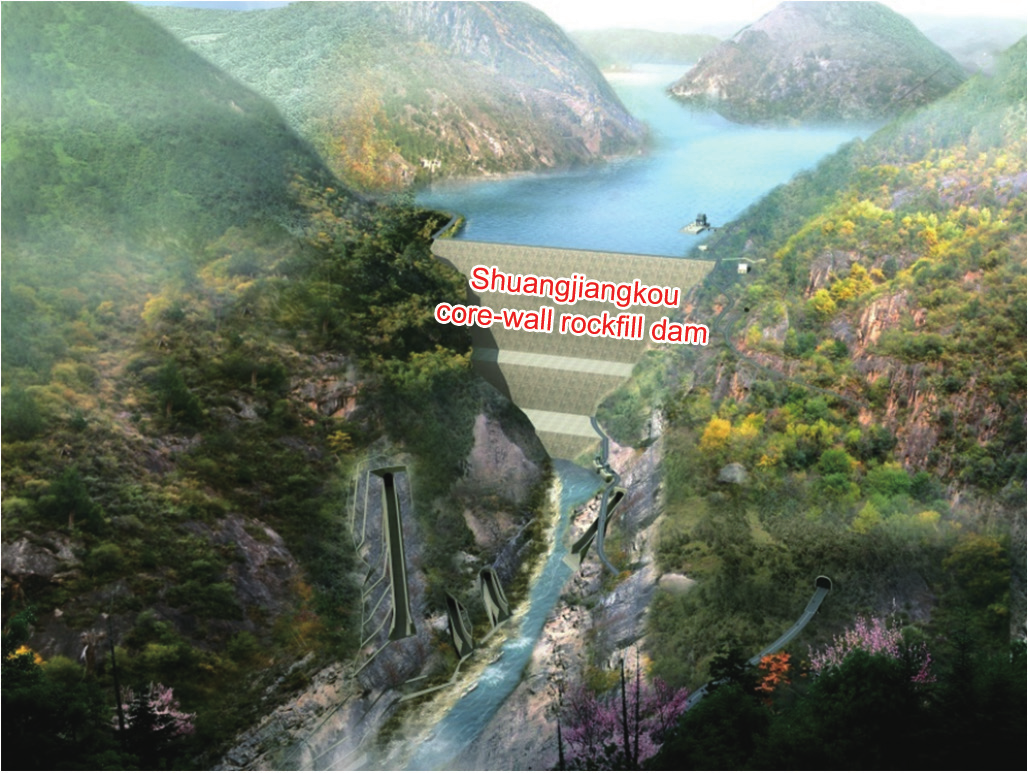 The project area has a basic seismic intensity of Grade VII, along with complex topographic and geologic conditions. The maximum thickness of the bed overburden layer is 76 m, and the height of the core-wall rockfill dam body exceeds 300 m. Acute technical challenges stand out, such as deformation stability, seepage control and drainage, seismic resistance and prevention, high damming construction, and quality control. The maximum geostress of the surrounding rocks underground is 38 MPa, making rock burst a daunting task; the layout of the flood-releasing structure features a narrow valley, high head, and large discharge; and nationally protected flora and fauna inhabit in the project area, so that stringent and rigorous environmental protection standards must be enforced.

Against such a background, a real-time monitoring system for a super-high core-wall rockfill dam is being developed in order to render a whole-process and digital monitoring of construction quality and progress. Intelligent monitoring of dam impervious soil material mining, dam material transport and blending, and dam surface compaction process will be applied in order to achieve automatic blending of dam impervious soil materials, automatic moisture of filled rocks, and auto-driving of compaction machines, all of which will greatly enhance refined project management. In addition, wall rock stability prediction analysis and rock burst control technologies are being developed for large-span underground cavern groups in a high crustal stress region.

The Shuangjiangkou Hydropower Station will be constructed in strict accordance with environmental protection requirements, such as: building botanical gardens dedicated for the transplantation and cultivation of protected plants such as Cupressus chengiana and the Chinese yew; setting up an ecological water supply tunnel during the construction period to guarantee the necessary ecological flow during preliminary impoundment; constructing a rail-mounted fish ladder and other catch transshipment systems to promote gene exchanges among various fish populations; adopting stoplog-type stratified water-intake measures to reduce the influence of water temperature changes on fish; implementing fish reproduction and release to recover fish resources; and taking measures such as channel improvement and manual spawning site restoration to protect the survival environment of fish. The ultimate purpose is to build a project that balances hydropower development with environmental protection.

The Shuangjiangkou Hydropower Station started construction preparation in September 2005, was approved by the State on April 9, 2015, formally began construction on July 13, 2015, and achieved river closure on December 8, 2015. At present, all the preparatory work has been completed, and the bidding for the main structures, including the dam, plants, and flood-releasing structures, is settled. According to the plan (Fig.2), construction of the main structures will commence after the flood season of 2016, and all generator sets will be put into operation in 2023. After the project is complete, it will increase the power generation of power stations downstream of Dadu River by 2.17 × 109  kW•h every year, save 2.96 × 109  kg of standard coal, reduce CO2 emissions by 7.18 × 109  kg, and significantly increase the flood control capacity of cities downstream. 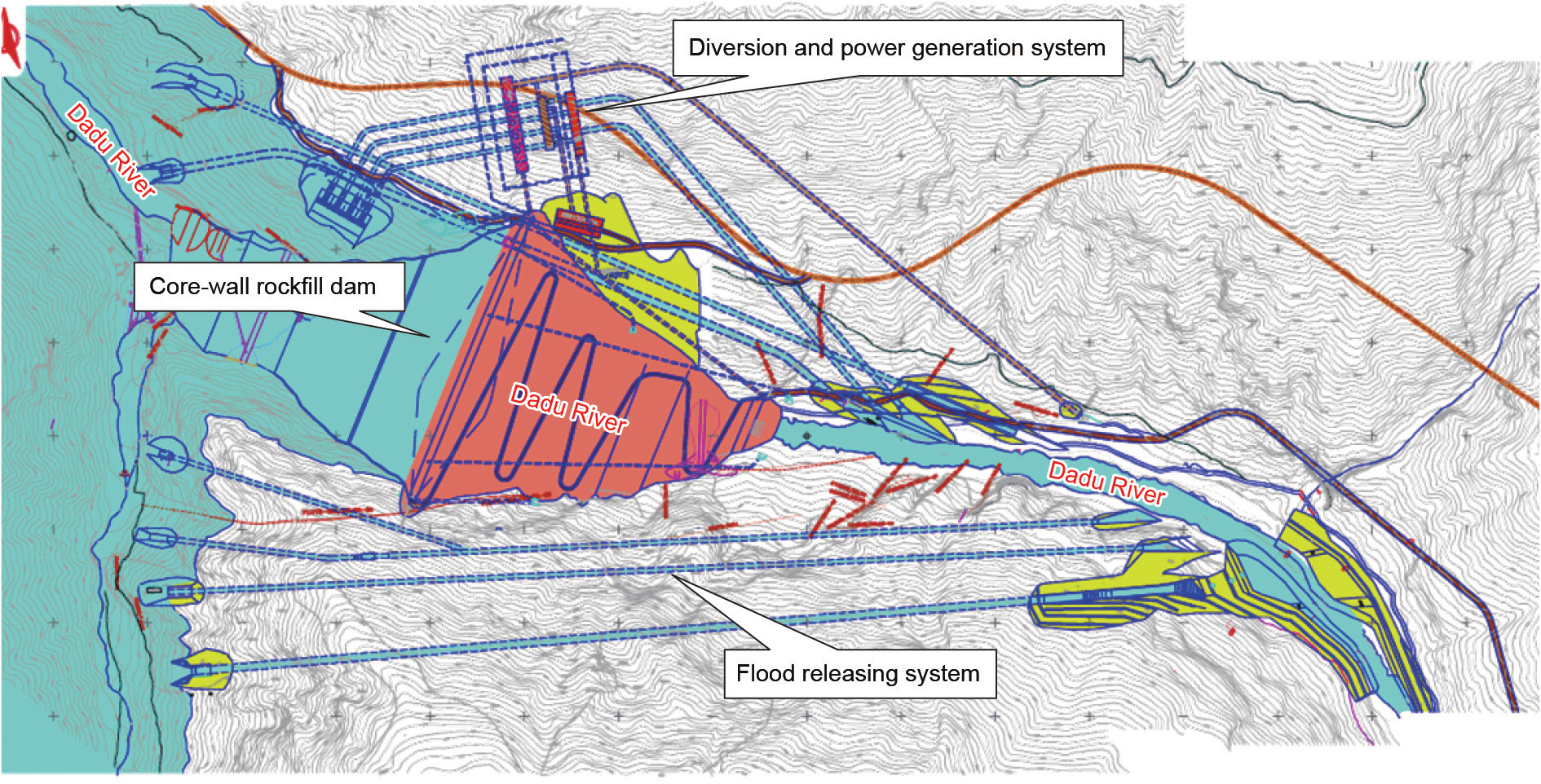