The South-to-North Water Diversion Project (SNWDP) is a major strategic infrastructure aimed at alleviating severe water shortages in Northern China, optimizing the allocation of water resources, and improving the ecological environment. The SNWDP is the largest and longest water diversion project in the world, and benefits the greatest number of people and regions. 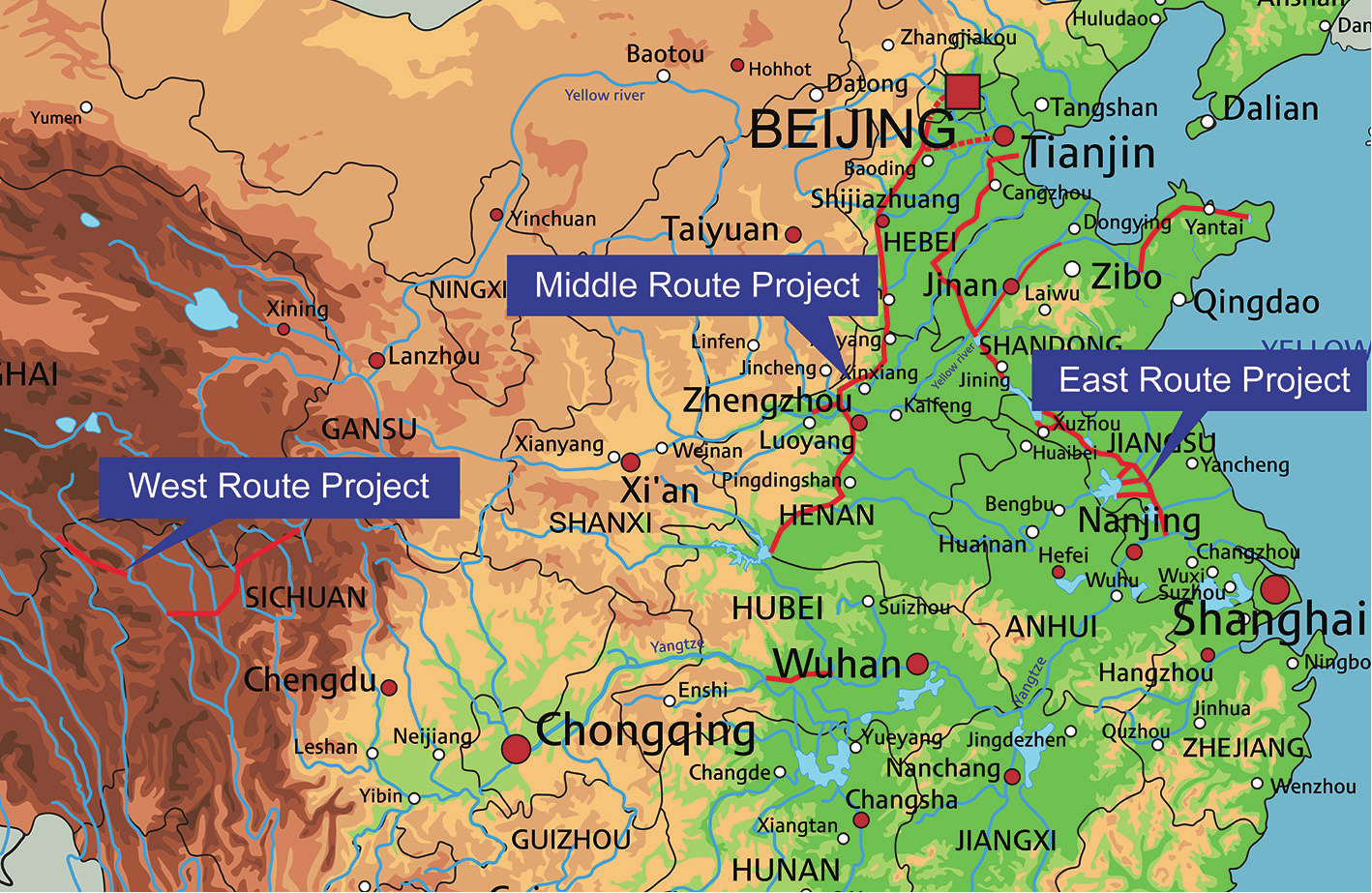 Fig.1 A sketch map of the water diversion routes of the South-to-North Water Diversion Project (SNWDP).

The East Route Project (ERP) is aimed at alleviating water shortages in Jiangsu, Anhui, Shandong, Hebei Provinces, and Tianjin Municipality. The ERP diverts water from the lower reaches of the Yangtze River and transports it north by raising water in stages through the Grand Canal of China (also known as Beijing-Hangzhou Grand Canal) and watercourses parallel to it. The ERP will be completed in three phases.

The Middle Route Project (MRP) mainly provides for two provinces of Henan and Hebei and two municipalities of Beijing and Tianjin. Water can flow almost by gravity along the canals from the Danjiangkou Reservoir (whose storage has been expanded) through the intake gate of the Taocha headwork. The MRP will be completed in two phases.

The West Route Project (WRP) is aimed at alleviating water shortages in the Qinghai, Gansu, Ningxia, Shaanxi, Shanxi Provinces, and the Inner Mongolia Autonomous Region. It will divert water from the upper Yangtze River to the upper Yellow River by the construction of dammed reservoirs on the upper reaches of the Tongtian River, Yalong River, and Dadu River—tributaries of the Yangtze River—and by the digging of tunnels. The WRP will be completed in three phases.

The idea of the SNWDP was studied for over half a century, starting in the 1950s, and the project officially commenced on December 27, 2002, with the start of construction of Phase I of the ERP. 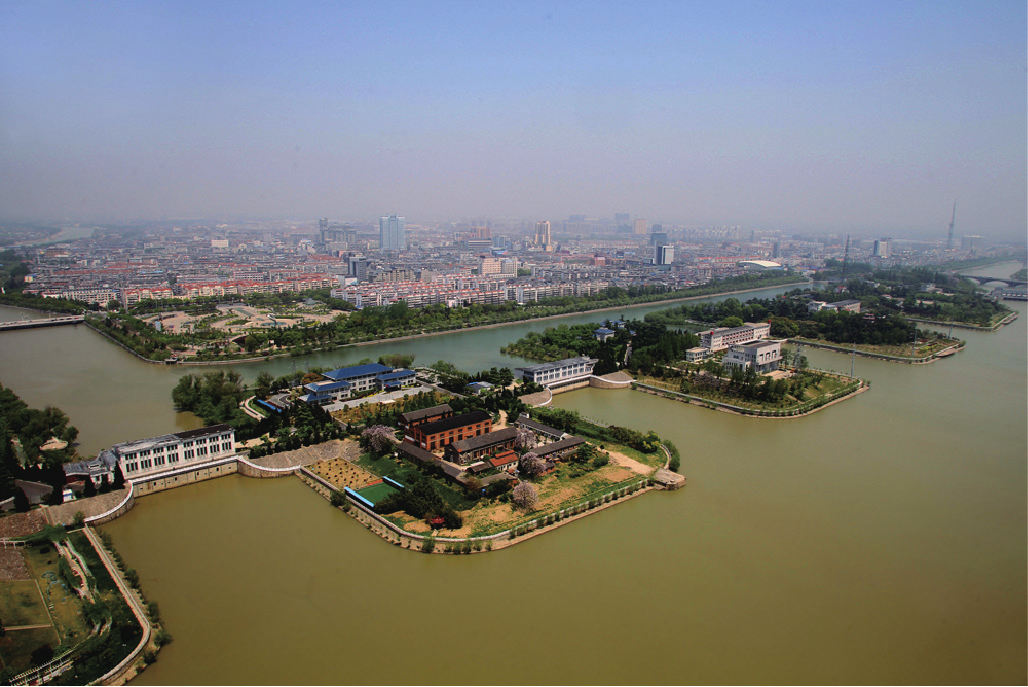 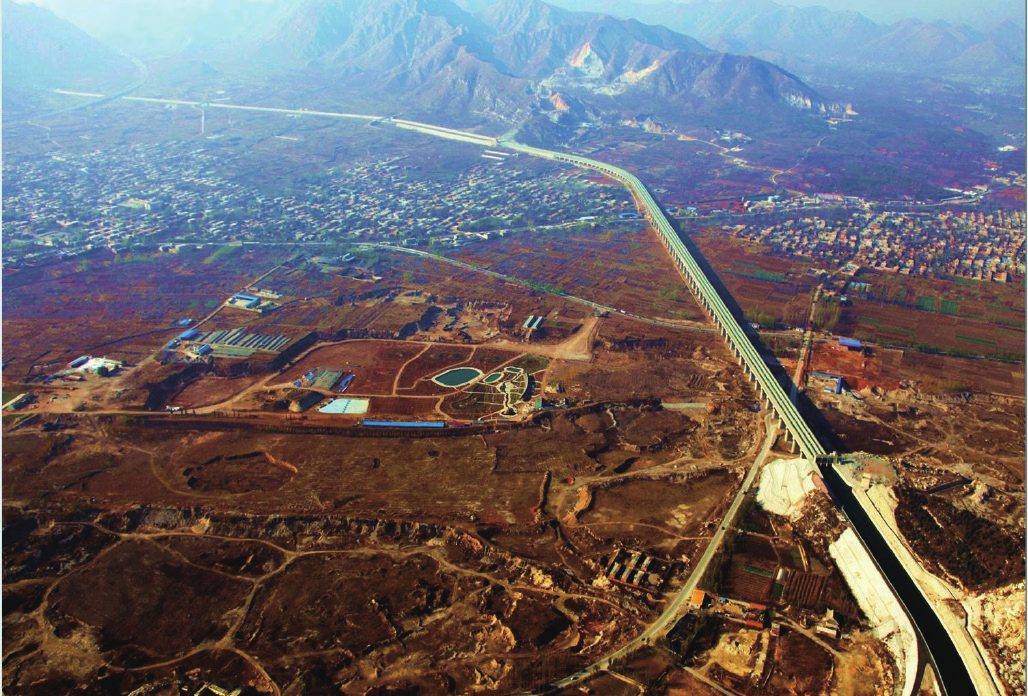 Follow-up phases of the ERP and MRP, as well as a preliminary study on the WRP, are underway.

The SNWDP is a complicated and gigantic engineering system that comprises multiple undertakings. In its design, construction, and operation phases, the project has faced a myriad of challenges, including: the heightening of the Danjiangkou Reservoir concrete dam; the shield building of a tunnel across the Yellow River; the structural safety and quality control of a super-large-diameter prestressed concrete cylinder pipe (PCCP); the design and construction of a large-sized canal; the optimal structural design of a large-flow prestressed concrete aqueduct; the treatment of an expansive soil (rock) canal slope; foundation treatment in coal-mining hollowed areas; water head allocation in long-distance water transfer; water diversion during the ice period; and the installation and operation of pumping devices in large pumping stations.

With the strong support of the Ministry of Science and Technology of the People’s Republic of China and other relevant ministries, the entities responsible for the research, design, and construction of the SNWDP, in cooperation with research institutes and universities, carried out extensive research on the major technological challenges in the project. The construction of this project has consequently made headway in structural optimization, quality, and safety control.

Phase I of the ERP has reached its designed water supply objective. Up to 1.1 × 109  m3 of water has been brought to Shandong Province, supplying cities such as Jinan, Qingdao, Zaozhuang, and Weifang.

Since the operation of Phase I of the MRP, water quality in the beneficiary areas has improved significantly. The hardness of tap water in Beijing has dropped from 380 mg•L-1 to 120-130 mg•L-1. People in the city of Cangzhou, Hebei Province, are finally released from having to drink brackish and high-fluorine water.

Water quality along the ERP route has reached Grade III. As a result, Shandong and Jiangsu Provinces have had their pollution control targets advanced by at least a decade. The habitability of cities such as Huaian, Xuzhou, and Jining has improved significantly.

Beijing has seen an improvement in its water self-purification capacity by the coordinated use of SNWDP water and locally reclaimed water. Up to 2.5 × 108  m3 of SNWDP water has been tentatively recharged for groundwater in Beijing; groundwater extraction has been reduced by 1 × 108  m3, and the decline of groundwater has slowed. The ecological environments of the beneficiary areas have significantly improved. An accumulated 7 × 107  m3 of water has been sent to the cities of Shijiazhuang and Xingtai in Hebei Province in a bid to ease the pressure on groundwater, and 6.15 × 106  m3, 2 × 107  m3, and 7 × 106  m3 of water, respectively, have been sent to the cities of Xuchang, Zhengzhou, and Hebi in Henan Province in a bid to restore the ecological waterscape.

The ERP not only supplies water to urban cities such as Jinan, Qingdao, Zaozhuang, and Weifang, but also replenishes natural lakes and rivers such as Nansi Lake, Dongping Lake, and Xiaoqing River.

Affected by heavy rainfall on July 9, 2016, the turbidity of the local drinking water sources was spiked in Shijiazhuang and Handan, Hebei Province. The MRP responsively increased water supply to these cities in a bid to meet basic household water needs. Meanwhile, the MRP transferred 5 × 107  m3 of water to the city of Hengshui as an emergency act in 2016, alleviating the local drought.

The ERP has effectively alleviated droughts in areas north of the Huai River in 2014 and 2015, and alleviated the waterlogging of Baoying Lake in 2015.

The SNWDP is a major strategic infrastructure that aims to optimize water resources allocation in China. It plays a vital role in alleviating severe water shortages in Northern China, guaranteeing water supply, promoting sustainable socioeconomic development, and improving the ecological environment. As Phase I of the ERP and Phase I of the MRP are both in operation, and further projects are following, the blueprint of the SNWDP will be completely realized and a pattern of water resources allocation in China regulating three south-north water routes and connecting four west-east rivers will be established.