The issue of genetically engineered (GE) crops has been a contentious one since shortly after the initial development of recombinant DNA manipulation techniques in the 1970s. It is a discussion which has played out frequently in the popular press, occasionally in sensational fashion, and left some people looking expectantly for great advances to eliminate world hunger, others apprehensive about consuming any GE food crops or feeding animals GE crops and others worried about damage to the environment by release of a GE species. Adding to this discussion is a new report from the US National Academies of Sciences, Engineering, and Medicine, titled “Genetically Engineered Crops: Experiences and Prospects” released on May 17, 2016† [1,2].

† This news item is intended to highlight the existence of this topical and interesting report. It is an attempt by the writer to synopsize and occasionally comment on a lengthy and highly detailed consensus report of a committee of the US National Academies of Sciences, Engineering, and Medicine. This news item itself is not an official release of the National Academies. Any misrepresentations of the findings or conclusions of the report are inadvertent and the responsibility of the writer. The reader is referred to the full prepublication report in Ref. [1] for definitive information.

Populations and governments around the world have responded to the perceived opportunities and threats of GE crops in decidedly different ways. The report highlights some of these global differences with respect to the adoption or rejection of GE crops and the regulatory systems in place to deal with crops with novel traits. It looks back at the relatively short history of GE crops and considers what might be expected in the future. Most importantly, it looked at a very large body of published information to search for evidence of adverse health effects of GE crops for humans or animals and concluded that none had been found. Neither did the committee find any cause and effect between GE crops and environmental problems. Since the first GE crops were commercialized in 1995, this amounts to a 20-year time horizon and, of course, does not preclude longer term effects, but, at least so far, there are no adverse effects apparent.

The academies’ committee distinguishes crops resulting from recombinant DNA technology as “genetically engineered.” Many others, especially in Europe, refer to these as “genetically modified organisms (GMO).” Indeed, even in the US, where a large quantity of GE/genetically modified (GM) crops are grown and consumed, a popular voluntary label of food goods is “no GMOs.” The rationale for the GE label for crops produced via recombinant DNA technology is that the DNA of crops has been modified by humans for millennia through selecting and propagating varieties with the most advantageous traits (that is what would be classified as conventional agriculture). Indeed, the committee points out that, with advances in conventional breeding, it is becoming unsupportable to distinguish novel crops by whether they were produced conventionally or by genetic engineering.

The National Academies’ first report on DNA technology was issued in 1974 by the Committee on Recombinant DNA Molecules and noted the potential hazards of the technology. By the 1980s, the technology had progressed to work in plants and the Academies began to advise government regulatory agencies and the public to pay more attention on genetic engineering in agriculture. Prior to the subject report, the Academies produced 10 consensus studies on GE in agriculture from 1985 to 2010 (See Ref. [1], Table1-1, p.19). Over that period, even as GE in agriculture has advanced, the controversy in many quarters has not abated. Indeed, in the preparation of the latest report, the committee heard presentations from 80 interested persons/organizations, received and considered more than 700 written comments from the public ranging from supportive to expressions of grave concern (See Ref. [1], Appendix F, p.370).

A considerable number of crops with a variety of traits have been approved by regulators in the US (See Ref. [1], Table3-1, p.48), but the most common genetically engineered traits commercially available in the US and worldwide are pest resistance and herbicide resistance, sometimes in combination. A major example of induced pest resistance occurs by the incorporation of Bacillus thuringiensis (Bt) genes in the plant to produce proteins called Bt toxins which are fatal to insects that eat the plant. This is commonly used in maize. Herbicide resistance has been developed for a variety of herbicide-plant combinations, but the most common example is soybean resistant to glyphosate, known commercially as Roundup™. Yields (closer to “potential” yields, i.e., those theoretically achievable) are “preserved” in Bt pest resistant crops, although the results are variable and the increases are modest in comparison to non-Bt varieties. In combination with decreased use of pesticides, use of Bt crops usually yields favorable economic outcomes for the farmer. The results for herbicide resistant crops are also variable, but yield preservation is evident when weed control is improved because of the specific herbicide that is used with the crop. 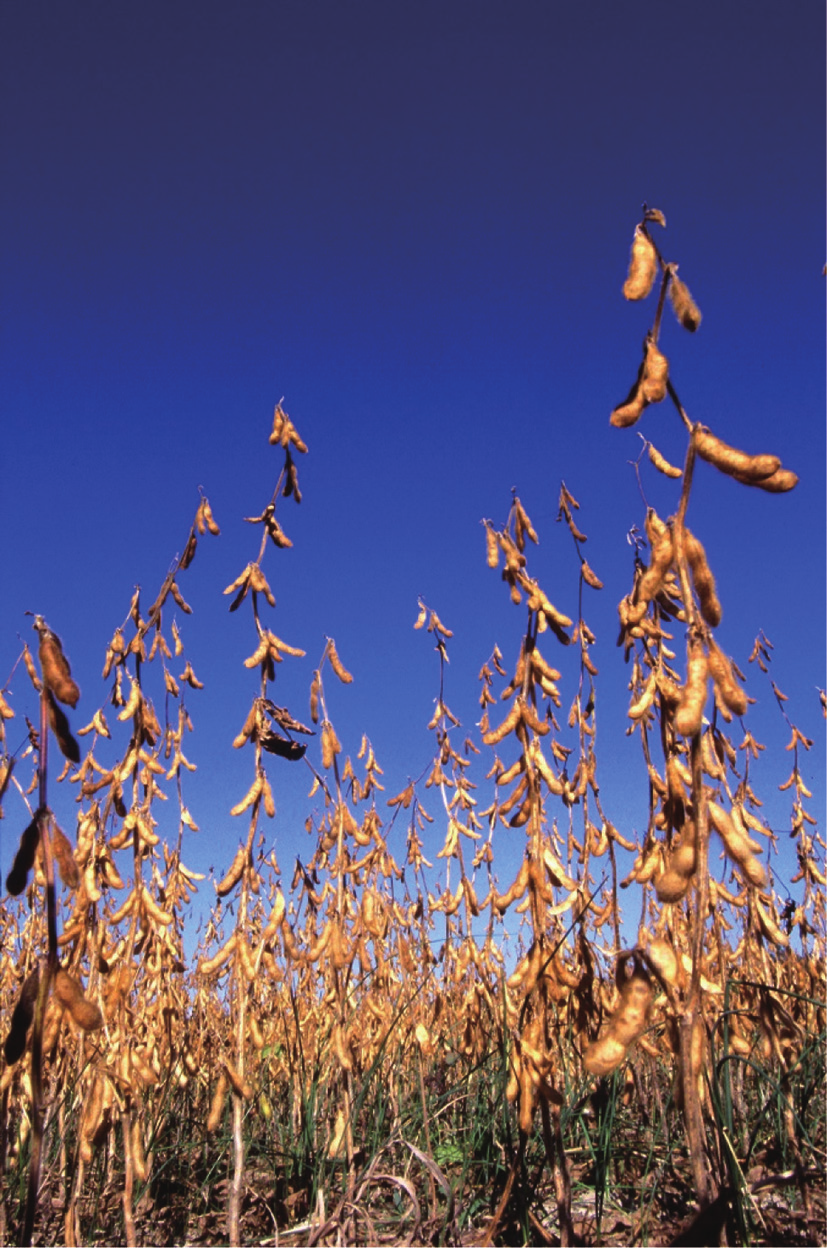 Fig.1 Soybean (Glycine max). As a key source of vegetable oil in the United States, soybeans were domesticated in China as far back as the 11th century B.C., and are currently the leading provider of protein and oil around the globe. Photo by Scott Bauer, available from: http://www.ars.usda.gov/is/graphics/photos/oct08/k8324-3.htm.

The report notes that introducing GE traits in crops to address a problem is not a case of “fix it and forget it.” There is a constant evolutionary race in play. Advances due to the introduction of GE crops can be at risk if appropriate agriculture management procedures are not in place to discourage the development of plant pests resistant to Bt toxins and weeds resistant to the herbicide of choice.

Acute health effects are usually readily detected and have not been observed with respect to GE crops. No apparent health effects have been realized in longer term studies either, as noted above. The committee also reported interesting broad-brush observations regarding cancer rates (See Ref. [1], p.137). A comparison of incidence rates for a variety of cancers for men and women in the US from 1975 to 2011 showed no evidence of an increased rate after 1996 when GE maize and soybean were introduced. Also, since GE/GM crops and foods from them are still generally unavailable in the United Kingdom, and assuming the absence of other confounding factors, cancer rates in the UK represent a control group for cancer rates in the US with the genetically engineered crops as a variable. After comparing the data for a variety of cancers, no indications of negative effects due to the consumption of GE foods in the US are found to be evident.

As GE crops have been approved and commercialized over the past two decades, recombinant DNA techniques have been advanced and offer the opportunity to introduce genetic changes in a more controlled and targeted fashion, for example, the clustered regularly interspaced short palindromic repeats (CRISPR)/Cas9 technique (See Ref. [1], p.244) can be used for precision genome editing. With the availability of such techniques and the unique alterations, there can be a challenge for regulators to establish that a GE crop does not represent a potential hazard. To date, differences in the composition of GE crops which have been detected with current technologies are small compared to the variations which occur naturally in non-GE crops. More sophisticated techniques, such as using metabolomics to examine metabolites, will be useful in the future to characterize new GE crops. It also remains unclear whether newly emerging GE approaches will permit higher potential yields by improving photosynthesis and nutrient use. Until now, commercialized GE crops preserve yield, but do not have greater potential yield than their non-GE counterparts.

Even with the emergence of new recombinant DNA techniques, conventional breeding techniques, such as mutagenesis by chemical or irradiation treatment in combination with new tools for deciphering DNA sequences, can be used to select plants with novel traits that are substantially equivalent to those produced by recombinant DNA techniques. In some regulatory systems, the former product would not be regulated, while the latter would because of the way it is produced. In others, the product would be regulated if it has novel traits, irrespective of the production path. The committee favors a product based regulatory approach, where a decision to regulate would be based on whether a product has novel traits.

The European Union (EU) and Brazil specifically regulate based on process, that is, crops produced by genetic engineering. Canada regulates the product, irrespective of method produced. The US uses a product based approach, but the elements of how the product was developed do enter. There is also interplay of science based risk assessment and political assessment in the various approaches. In the US and Canada, decisions are based on risk assessments by technical bodies. In the EU and Brazil, a risk assessment body hands-off to a political body. In Brazil, GE crops have been approved through the political process and Brazil has become the second largest producer of GE crops. The EU political body requires majority approval of the member states and adopts a precautionary approach. Irrespective of a favorable risk assessment, the member states had not reached a majority opinion on any case up to December 2015, accounting for the extremely limited cultivation of GE crops in Europe. Recently, the EU adopted an opt-out clause, where a country can prohibit cultivation, even if there is a majority vote for approval. The intent is to allow other EU countries to cultivate the approved GE crop if they so choose.